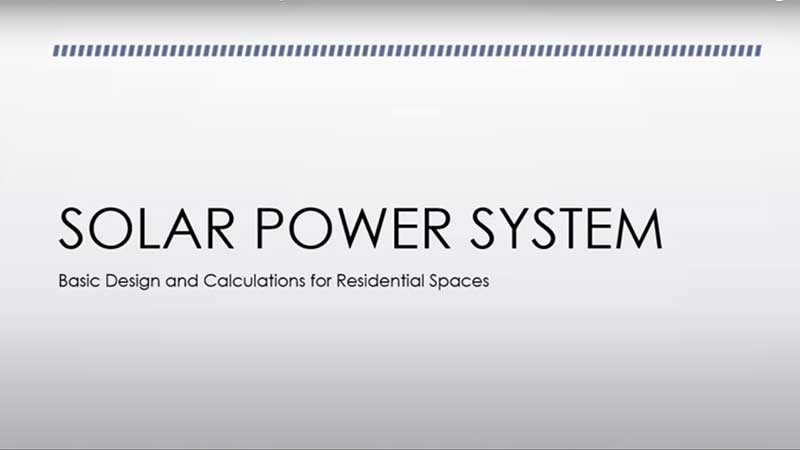 Introduction how much power is in the Sun

The amount of energy received by your roof is around 200,000 watts or 200 kilowatts for an average household. This is already Cleveland to half of your monthly power consumption harvested in just a few hours but please know that in this example, we have not factored in the efficiency of our solar panels converting solar energy to electrical energy. The efficiency would be around 15% to 20%.

According to a study, done in 2017, crude oil is still the primary source of energy used by the world’s population, followed by coal, that’s the blue line, and call them natural gas, that’ll be the orange line, then followed by traditional biofuels, that’s one in red. The renewable energy sources are down; these are the wind power solar.

So, you can see that our renewable are still far behind traditional sources of power, so to have a clear view of the amount gap between the crude oil, and our solar power, food oil is this green line, solar would be this blue line.
You can really see the big gap here.

How big really is the potential of solar energy in solving the world’s energy problem? So, just look at this picture. The world energy consumption is the one in the middle at 16 terawatts. These 16 terawatts the wind power, but that’s all wind power it can provide around 25 to 70 terawatts of power. The solar on the other hand.

The traditional sources of power would be coal, uranium, oil, natural gas. These are not renewable traditional power. We can clearly see that solar power on the other hand will have the potential of producing around 23,000 terra watts of power. That’s really quite a huge amount, compared to the consumption of our consumption which is only 16 terawatts. So, why do we need to switch to solar?

Why do we need to switch to solar?

Well, number one, you can clearly see in the photo, solar power has the potential to meet and even exceed the world’s energy requirement. Number two, it is unlimited, as long as our sun is shining. Number three, it is safe. Number four, it’s clean energy. Number five, basically free, and number six, it doesn’t cost much to anything.

The first thing is it has a high initial cost. Yes, you’ll probably spend a large sum of money for a new installation, but it will eventually pay you back slowly through the years. In the U.S. the average ROI or return on investment for a solar power system is around 8 years. But, we also would like to point out that the lifespan of a solar panel is around 20 years, with some reported to be still in operation after 30 years.

Number 2, solar power is dependent on the weather. So, there will be times when the sky is covered with clouds, and so the harvested solar power is decreased significantly. During wintertime, well there’s really not much Sun.

Number 3, solar energy storage is expensive. The lifespan of a battery is also short and will need to be replaced every three to five years that figure lead-acid batteries.

So, with the advancement of Technology of solar panels and batteries, we expect the price of building a solar power system to go down. Through the years, we have seen their prices fall, and they will still continue to fall in the future, as companies find ways to lower the cost of production, increase production efficiency, and discover new technologies.

How do solar panels convert solar energy to electrical energy?

Simply, put it this way, let’s put this, but this way, when a photon a satellite knocks on an electron free, it creates enough potential to allow the electrons to flow. Thus a current is created. A solar panel is an assembly of photovoltaic cells that converts solar energy to electrical energy.

When a photon of sunlight knocks an electron free, the electric field will push that electron out of the silicon junction – current flows. There are basically two types of solar panels using home installations, the monocrystalline that’s the one on the left, the polycrystalline panels with the one on the right.

When a photon of sunlight knocks an electron free, the electric field will push that electron out of the silicon junction – current flows. There are basically two types of solar panels using home installations, the monocrystalline that’s the one on the left, the polycrystalline panels with the one on the right.

There are other types as well, such as thin-film, which we will not discuss. So, for some people, the monocrystalline panel is the panel of choices. It has higher efficiency which is around 15% to 20% compared to the polycrystalline panel which is in the range of 14 % to 16 %. Because of this, Damona panels are more expensive than poly panels, but due to the advancement in sauropod some solar panel technology, you can now see some poly panels, polycrystalline panels that can match the efficiency of the crystals.

Complete Off-Grid 6000 Watts Solar Kit
Price: $6,139.00
Looking for a complete off-grid solar kit that’s simple to set up & install, comes with lithium batteries, and has the ability to hook up to solar, wind, fuel/backup generator, and/or utility power? Look no further! Our HBK all-in-one, off-grid solar kits were designed with all of this in mind – Simplicity. Value. Reliability.
Buy Product
View On Store

And also one distinct difference between the mono and poly, crystal imbalances is that mono panels are darker in shade, some kind of black, and the polycrystalline panel is like some kind of bluish in color. In installing a solar power system, you do not just need a solar panel. We also need other equipment such as an inverter. The inverter converts the DC output of the solar panels to AC to be used by the common home appliances. We also have a solar charger and a battery bank.

The solar charger manages the charging of the battery bank. It controls the rate at which CD batteries are charged and prevents overcharging. The battery basically is just energy storage, and lastly, we will also need cables connectors, mounting brackets, breakers, and other safety devices such as surge protection devices.

So, that’s the end of the first part of this lecture series, and I hope that you have learned something. I hope to see in the next part we will discuss the different types of solar power setups such as off-grid and hybrid systems.