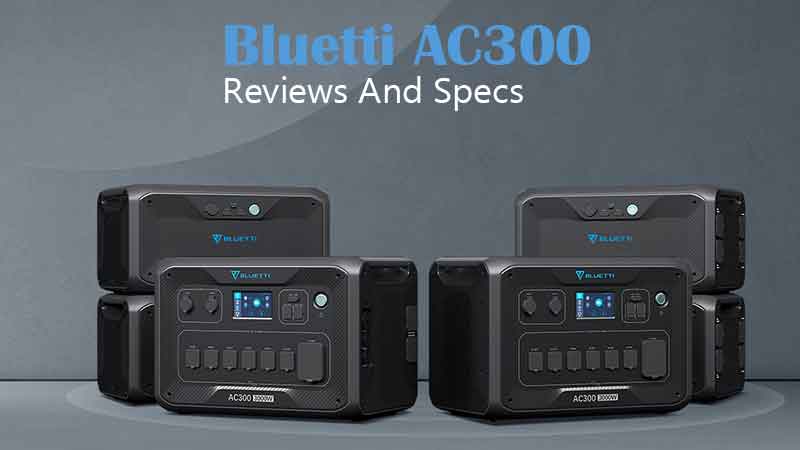 Bluetti Ac300 Power Station – It’s the primary Bluetti product to feature absolutely modular interchangeable batteries assist for as much as 2,400 watts of photovoltaic panels, 3,000 watts of ac wall charging, split-phase 240 volts operation, and the power to scale as much as an incredible 24,000 watt-hours. And it just happens to have programmable, true UPS built-in and app assist that may allow you to management it from anyplace in the world. Has Bluetti simply modified the sport? Let’s find out.

BLUETTI AC300 is 100% modular and might settle for as much as 4×B300 (3,072Wh per pack) battery modules per unit, adding up to a total of groundbreaking 12,288Wh – Power your entire families fundamental needs for DAYS throughout emergencies or power outages! Time to plug into full-time photovoltaic life! BLUETTI AC300 is now capable of receiving 2,400 watts of unmatched solar charging input. With BLUETTI’s superior MPPT controller, you can juice up a B300 (3,072Wh) battery module as quickly as 1.5hrs Use only the sunshine!